The National Theatre of Namibia in partnership with Owela Festival and Odalate Naiteke Practice-as-Research Programme proudly presents a seminar/workshop (through a webinar) unpacking performance practices and developments in contemporary Namibia. This webinar has been initiated as an urgent response to the lack of extensive literature and research on contemporary Namibian theatre and performance. Unlike the Namibian visual arts sector, there remain significant gaps in a critical and reflexive manner, on the knowledge, historiography and possibilities of the Namibian performance sector across the times.  Thus, the webinar is motivated both by the entangled historic and emerging performance cultures of Namibia.

Each year, a wide range of performances are hosted at the National Theatre of Namibia and many other public spaces around the country, and yet these productions fall through the cracks of the archives of Namibianist public culture. These works remain unstudied and signifincaly under-valued as indiciators of our ever moulding socio-economic shifts. Hence, they are likely to be faded in our public culture and forgotten in what is already a marginalized sector.

The webinar is tackled through the key themes of the Genealogies, Orientations and Raptures of contemporary Namibian performance cultures, and will be conveyed through contributions from artists, critics, scholars, cultural workers and activists who will share their perpsectives on topics such as:

To join the 2-day webinar, register through the link here.

Officiated in 2019, Owela Festival was developed by Kaleni Kollectiv, as an artistic research lab and three part festival between Namibia and Germany. It was developed and organised by the Kaleni Kollectiv and is the fruit of a three year long collaborative process with extensive online and offline conversations, workshops and travels between Namibia and Germany. Together, the collective of cultural workers, artists and scholars created the space to discuss decolonial cultural work and present questions on the future of work through performance, installation, happening, public debate, film screenings, theatre and workshops.

Odalate Naiteke Practice-as-Research Programme is a Katutura-based initiative focused on radical learning and culture since 2018. It curates art and performance in public spaces around Windhoek city, forging critical engagement through resistance culture, radical histories and public education. The programme is situated in the methodology of Practice-as-Research for its practice orientation as a basis of knowledge production. 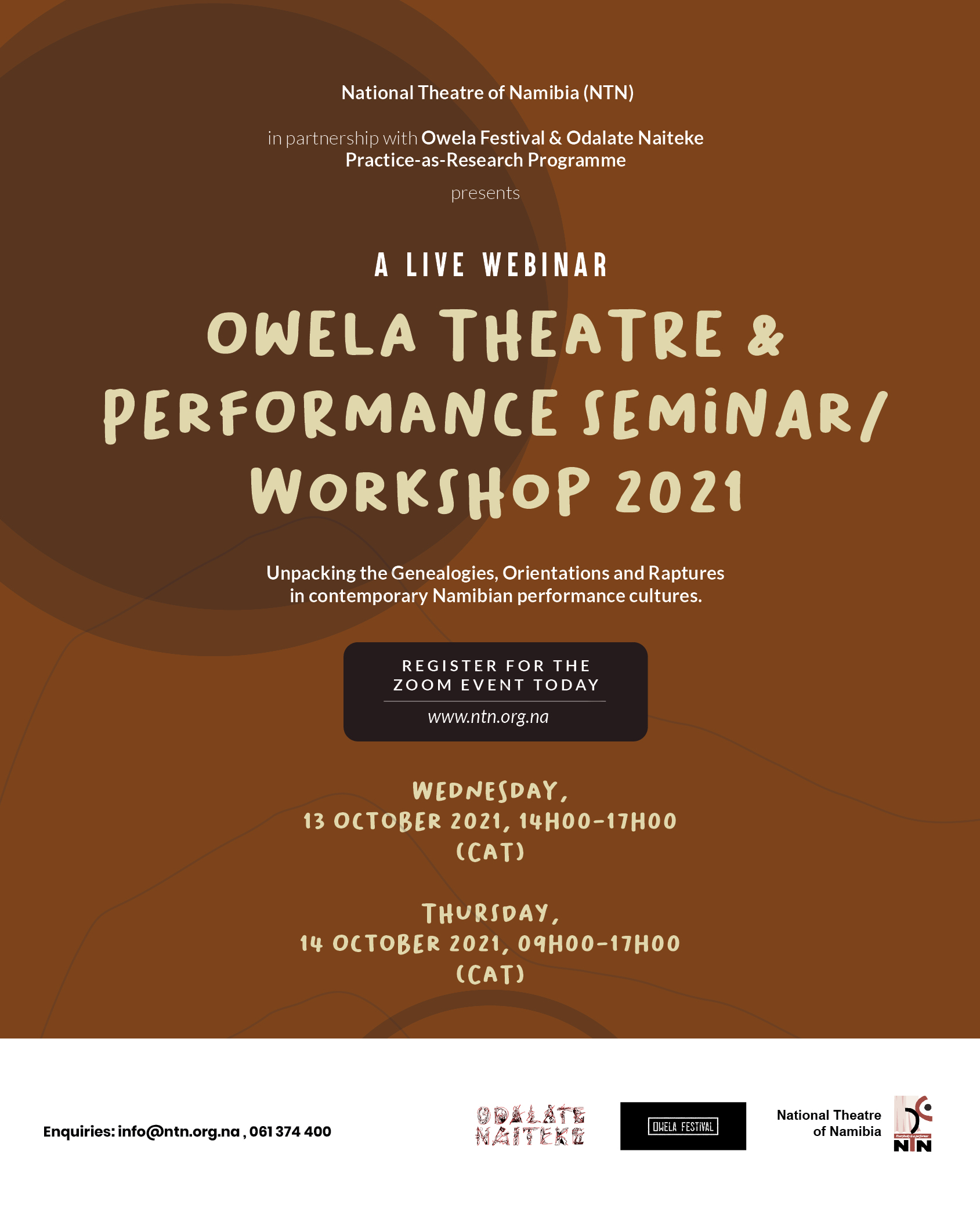