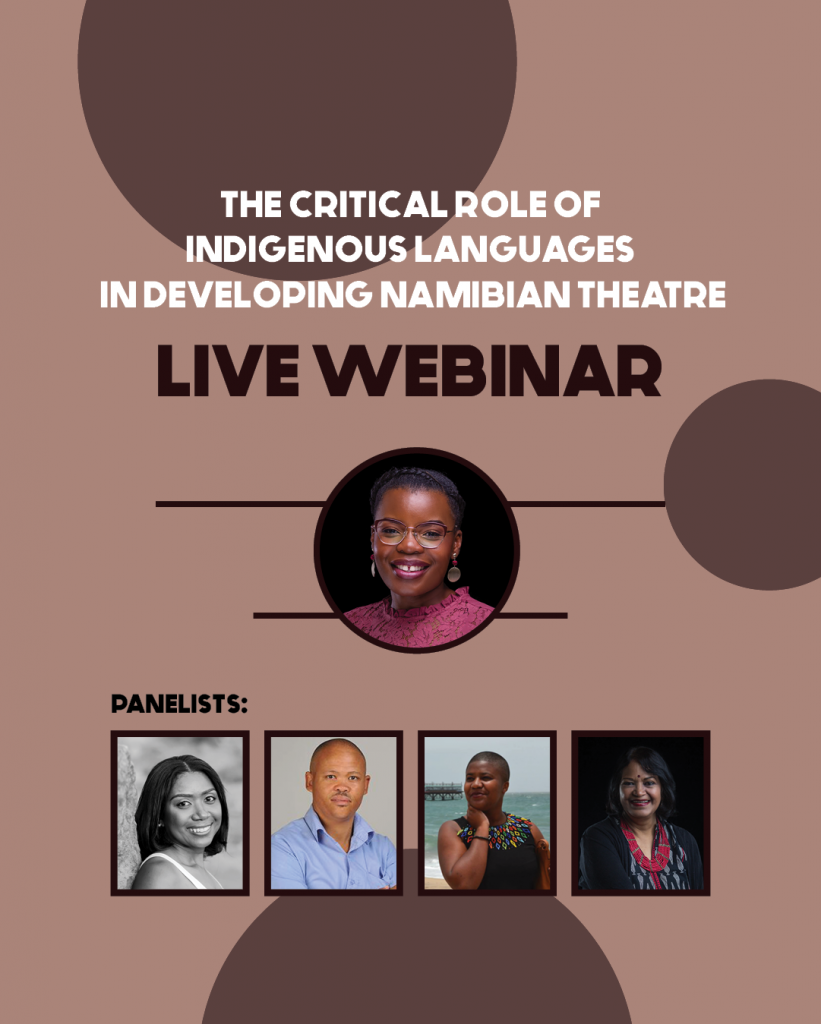 27 July 2021 The National Theatre of Namibia (NTN) presented a webinar titled “The Critical Role of Indigenous Languages in Developing Namibian Theatre”. The talk is motivated by the significant role of local languages in strengthening and enriching theatre practices in Namibia. The engagement highlighted the lack of indigenous languages in the Namibian performing sector.